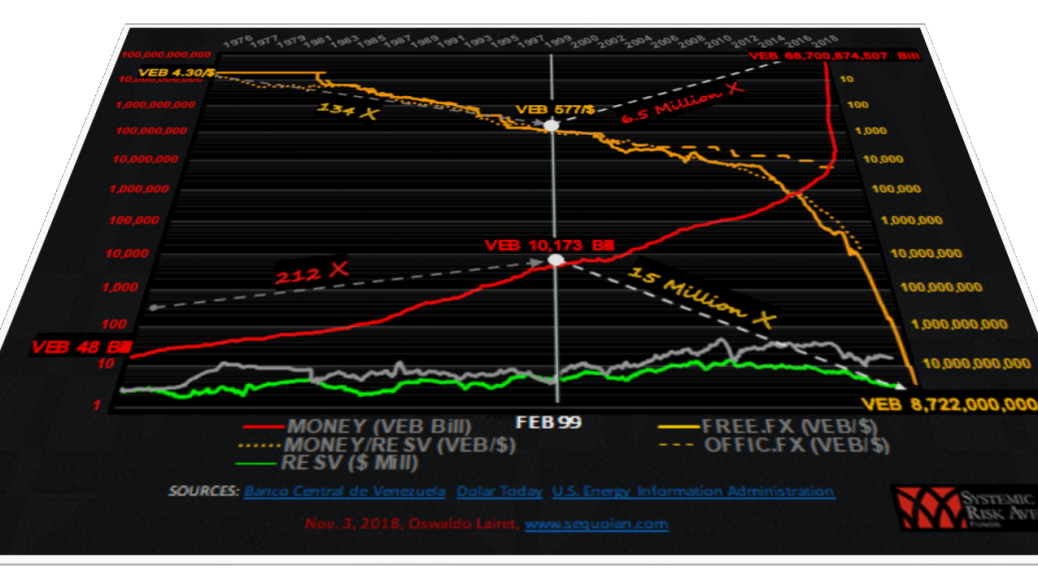 Only one year after measuring how much devaluation the Chavista regime had imposed on its citizens since 1999, the aggregate sum of counterfeit money the Venezuelan central bank has issued totals  6.5 million times the amount of Bolivars available in Venezuela, when Chávez came to power in February 1999.

As a benchmark of Venezuela’s purchasing power for many decades, our “4.30” represents an ideal gauge to measure the degree of embezzlement gulped down by the current regime since 1999.

In fact, the monetary dilution of the past 19 years has been so many times greater than “4.30,” we need to use a logarithmic scale to visualize it. Additionally, log scaling allows us to expose the scam, using data directly available on Banco Central de Venezuela’s web page, rather than using conversions that require any explanation.

As the chart confirms, via massively printing Bolivars, the government diluted all of the capital Venezuela had amassed until 1999, plus every resource that entered our economy since then.

Organization of the Petroleum Exporting Countries