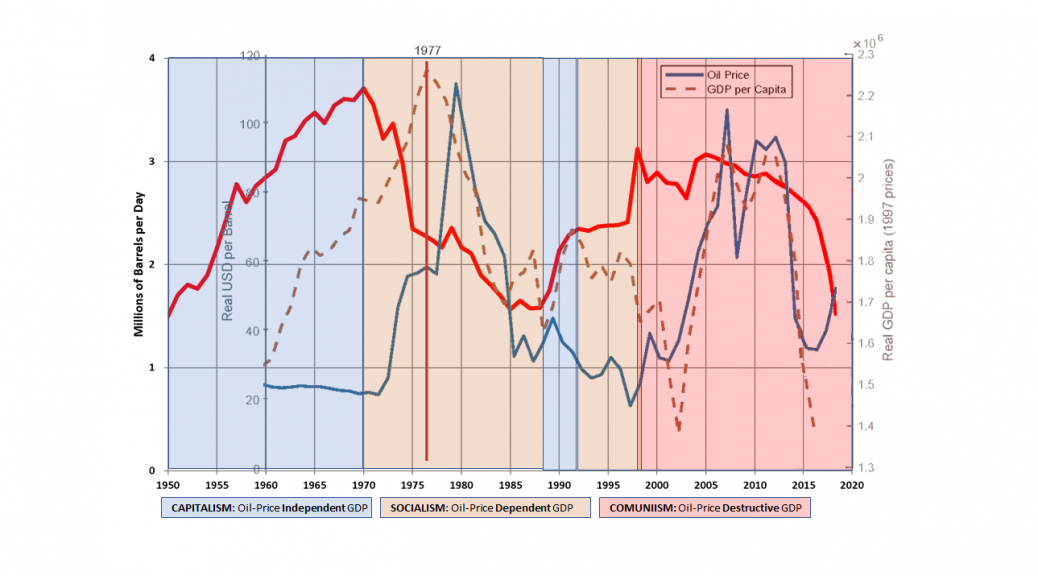 “Capitalism is the only system of economics compatible with human dignity, prosperity, and liberty. To the extent we move away from that system, we empower the worst people in society to manage what they do not understand.” — Frederick Hayek

Venezuela epitomizes Hayek’s dictum. It enjoyed the world’s fourth highest per-capita income in 1961, when it established the political system that over the six following decades, it tenaciously expanded, until fully abolishing capitalism and destroying its economy.

Visualizing how the progression from one wealth-extreme to the other happened, entails charting how each of the dominant economic regimes, before and after 1961, impacted Real GDP per capita (dotted line) and oil production (continuous red line), versus Oil price (continuous blue line). Below, a few more pointers: